login to view all

Son Goku has always been the strongest character in the Anime Universe ever since he was introduced in the anime Dragonball series. Well, that feat is quite questionable now. Not after Saitama came out in 2012, the main protagonist in One Punch Man series. Goku is a character who is known to always surpass his limits and a fighting-addict. He trains hard all the time and despite always losing to stronger opponents and villains, he still managed to get stronger and defeat them in the end. On the latest series in Dragonball Super, he is now at a universe-busting level. On the other hand, Saitama is a guy who's power limit is still unknown. Others believe that his power has no limit. He has mysteriously obtained his power after a time-skip. In the series, he claims to acquire such ability by just doing 100 push-ups, 100 sit-ups, 100 squats, and 10km-run day by day. Unlike Goku, he never loses a single fight after becoming very powerful and has beaten all his opponent effortlessly all the time, including Boros who is a very powerful villain that sent him to the moon in one kick. Now, who do you think is stronger between these two?

Thank you for voting! You can also vote with more info by signing up. 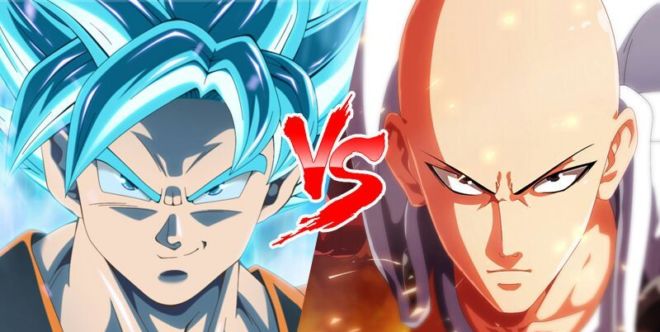 You will be notified with our future polls about:

You are now subscribed to:

More Polls For You

What do you think about this poll? Leave us your comments below.