Every Tekken fan knows how lovely its female characters are. Most of them, if not all are undoubtedly beautiful, cute, gorgeous, and badass women. With Tekken physics, as the best of all fighting games, these fictional female characters are made even more wonderful. Nevertheless, people always have their own favorite. Since choosing a favorite character is subjective, different people usually make different choices, a different perspective, and different reasons behind them. However, it can’t be avoided that a lot of people also have the same idea and makes the same picks for that matter.

In any case, let us see who are the people’s top pick. Below is the top 10 list of results from the poll Tekken Female Characters at this point in time. 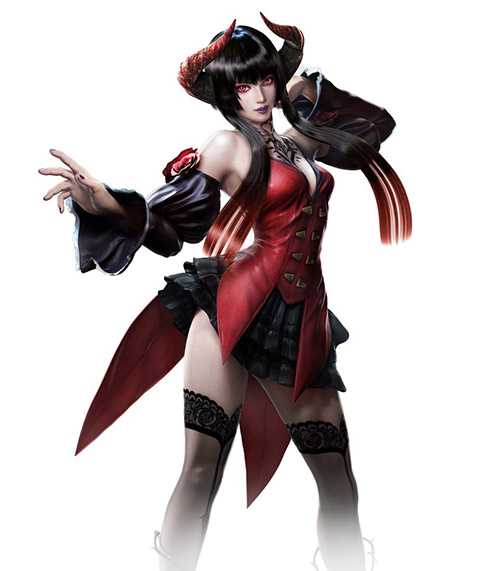 Eliza is a beautiful and gorgeous bloodsucking predator who is said to be immortal. Being a vampire, Eliza is believed to be over a thousand years old but this is still not clear. By just wanting to take a nap, she has unintentionally slept for 600 years in a coffin. When she is finally awake, she is still not able to control her sleep patterns. Because of that, she can fall asleep at any time.

Eliza is only playable since Tekken Revolution and a DLC character in Tekken 7. After being included in the top 3 of the Tekken Revolution Character Poll which is posted on Tekken’s official social media page, Eliza was chosen to be the one by the fans at San Diego Comic-Con. Fans were able to start playing her since the updates were released on the 19th of December in 2013 and on the 7th of January in 2014.

Ling Xiaoyu is a character in the Tekken video game series who was first presented in Tekken 3 as a 16-year-old girl and has returned in all subsequent games in the series. Xiaoyu’s master Wang Jinrei brought a big influence on her fighting style. At first, Xiaoyu’s goal through most of the series is to win in the “King of Iron Fist” tournaments so she can earn money and raise her own amusement park. However, in the latter part of the series, Xiaoyu became more diverted to the issues of the Mishima Family, more particularly of Jin Kazama. 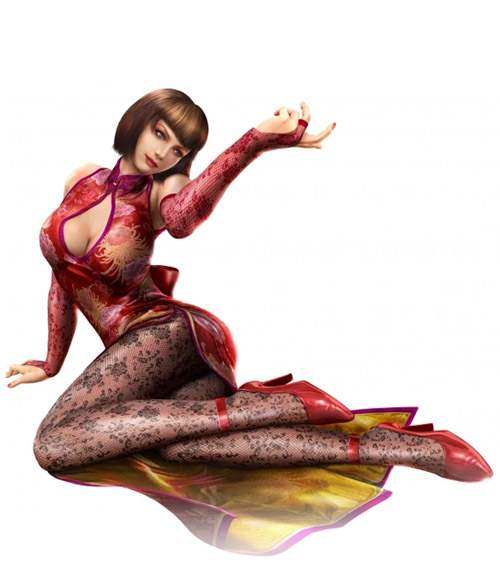 Anna Williams is a fictional character in the Tekken game series. She was introduced in the original Tekken game along with her older sister Nina Williams. Anna appears almost in every Tekken game except in Tekken 4. Like her sister Nina, she is also an assassin trained in different martial arts.

Anna and Nina are very much alike in terms of skills and ability. However, Anna’s personality is seemingly in contrast with Nina. Unlike Nina, Anna is more lively, flirtatious, and warmhearted.

Asuka Kazama is a fictional character who was introduced to the Tekken series in Tekken 5 and has returned for every subsequent release in the game. At first, she was claimed to be a cousin of Jin Kazama and Jun Kazama is her aunt, until later Katsuhiro Harada (the creator of Tekken) made a statement that their relationship is far more convoluted.

Asuka’s personality is surprisingly swaggering and boastful. Even though her profile states that she breaks up fights most of the time, she is more likely does not worry about fighting and seemingly babble in it despite being pretty. 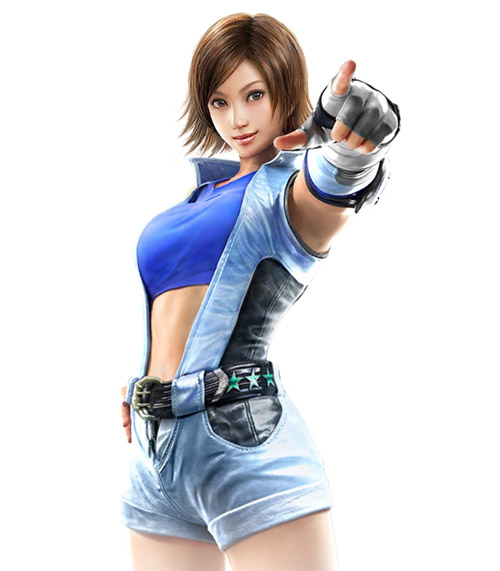 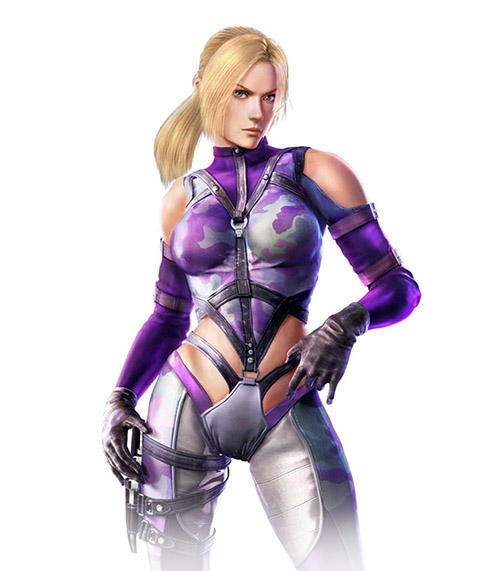 Nina Williams is a ruthless assassin that made her first debut in the first Tekken series. Since then, her appearance omitted in all subsequent releases. Nina has a dangerous fighting style, which includes throwing, grappling, and choking. Nina and her younger sister, Anna Williams has a neverending rivalry.

When Nina was still very young, she was drugged by a certain dark organization to make her a perfect assassin. Because of it, her personality became cold and unsympathetic.

Nina also is the main character of the game Death by Degrees.

Leo Kliesen is a fictional character from the Tekken series. Leo is first introduced in Tekken 6 along with some other newcomers. Leo fights with Baji Quan, Chinese martial arts originated in the province of China. Leo’s gender is marked ambiguous in a Tekken official website.

In Tekken 7, Leo was taken out in all Tekken Girls related products and images but has 3 female tops she can wear. Leo’s gender is strangely confusing. However, many of the fans believe she is a girl since she has boobs. 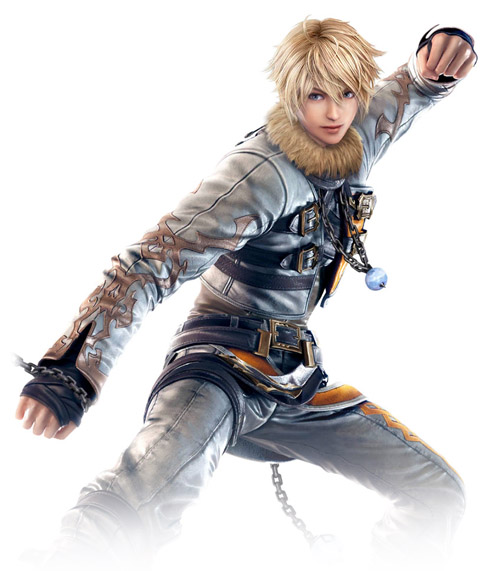 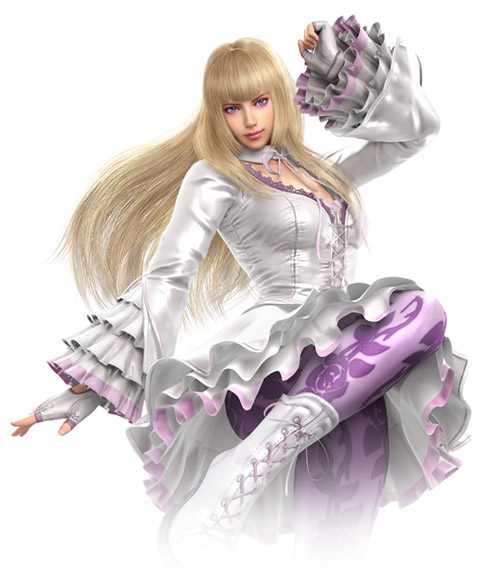 Emilie De Rochefort is a high school student who is a native inhabitant of Monaco. Her father is Mr. Rochefort which a rich oil tycoon. Mr. Rochefort’s first name is still unknown. Lili lives in an extravagant conventional mansion along with her father and their butler Sebastian.

Although Lili seems selfish and insensitive, she is surprisingly a very kind and charming young lady. However, like her rival Asuka Kazama, she seemingly enjoys fighting regardless of how pretty she is.

Kazumi Mishima is the mother of Kazuya Mishima and the wife of Heihachi Mishima. Kazumi is presented as one of the new characters in Tekken 7 and also one of the main enemies of the game. Kazumi was first unplayable before the release of the arcade version of Tekken 7.

Kazumi appears to be quite decent and traditional. Her looks bear a resemblance to that of a Japanese empress. Kazumi loves animals which in fact, having a trained pet tiger in which she can summon and fight with her during the game. 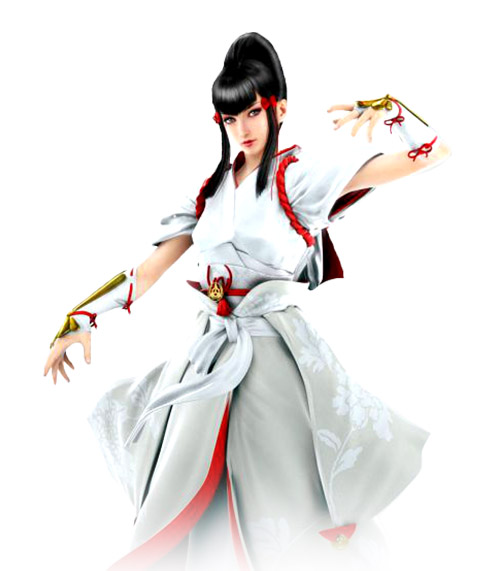 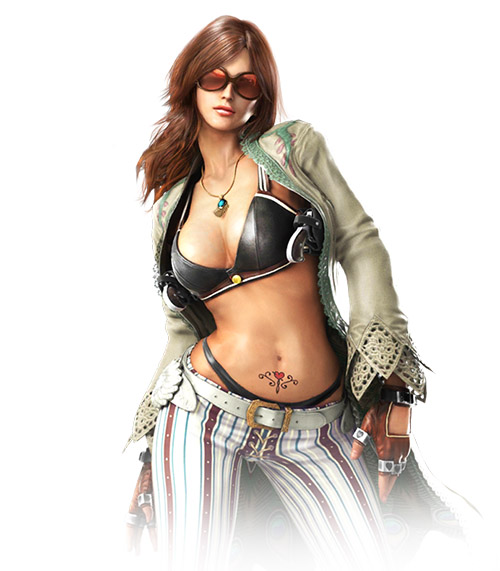 Katarina Alves is one of the newcomers who was introduced in Tekken 7. Katarina is shown to be a hostile, arrogant, and slightly seductive. She also seems very confident in his fighting abilities.

One day, Katarina’s adoptive father has disappeared. Later, in the King of Iron Fist Tournament, she found him but not anymore the same. Her father has already been transformed into Gigas, a brainwashed and a mutated human turned into a monster, by a famous biotech organization G Corporation.

Julia Chang is the adopted daughter of Michelle Chang, who is also her teacher and trainer, the reason why they have a similar fighting style. Julia was first introduced in Tekken 3. Since then, she has always appeared on the following releases of the game. In Tekken Tag Tournament 2, she also has appeared as a Spanish wrestler named Jaycee, known to be her alter-ego.

Julia’s most apparent clothing, which serves as her main outfit in every game releases except Tekken 4, is her Native American outfit. As was seen in the whole series, Julia seemingly loves wearing jeans, boots, vests, and jackets of different colors and designs. 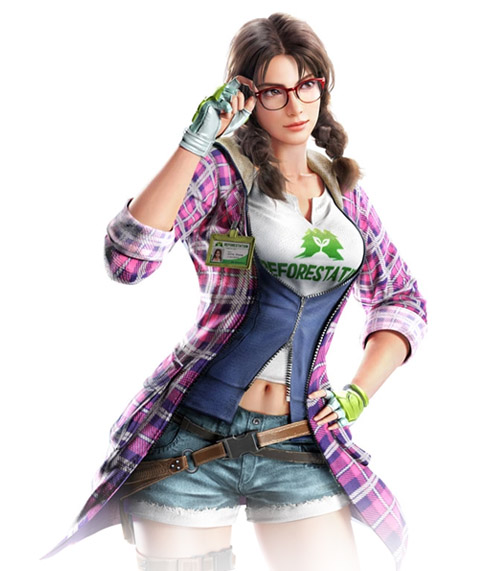 Note: This ranking list is subject to change in the future depends on the votes of the voters.
Do you want to vote to this poll? Or you just want to see more details? Click the link below.

Who is your favorite female character in Tekken?

Even though the list above is based on the people’s votes. We understand that you as an individual also have your own opinion, own rankings, and own number one. Being said that, you can voice out your ideas and opinions whether you agree or disagree in the comments section down below.